Coyote's network of carriers went above and beyond to deliver holiday cheer during Peak season.

We thought our network of carriers could use some holiday cheer too, which is why we gave away $300,000 USD in cash prizes to high-performing driver teams who participated in the Coyote Logistics Peak Season Contest.

Coyote Rep: I wanted to congratulate you. Of the hundreds of carriers, and thousands of truck we had, you two placed third in the contest. So you'll be... You will receive a $20,000 check from us.

Coyote Rep: On behalf of Coyote Logistics, I wanted to be the first to congratulate you both. You won second place, so you'll be receiving a $50,000 check from Coyote.

Second Place Carrier: [laughing] That is awesome! Thank you so much. Oh, that's going to help so much.

Coyote Rep: Thank you so much!

Coyote Rep: I know you've been eager to figure out the results. On behalf of Coyote Logistics, I wanted to be the first to congratulate you. You placed first, so you'll be receiving a $80,000 check from us.

Coyote Rep: Do you guys have any idea what you would do with the prize money?

First Place Carrier: Probably going to put a new motor in the truck, so we're ready to go for next year...

To all of our network carriers, thank you for your hard work!

New to Coyote? If you want access to 10,000+ shipments a day, consistent revenue and a team of dedicated experts - sign up to join our network today! 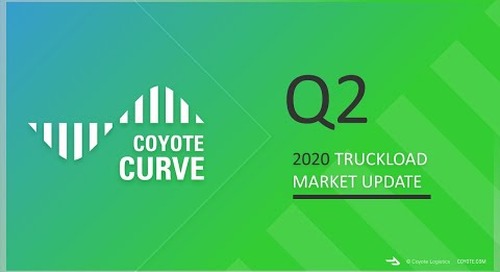 The COVID-19 pandemic has created extreme disruption to the U.S. truckload market. Logistics and supply cha... 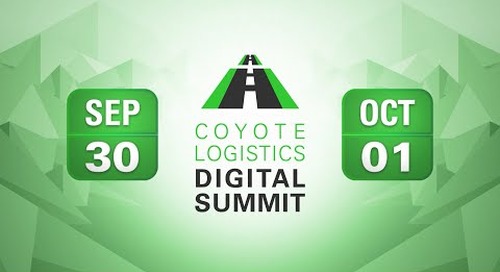 The Coyote Logistics Digital Summit is a free live or on-demand virtual experience that kicks off Wednesday... 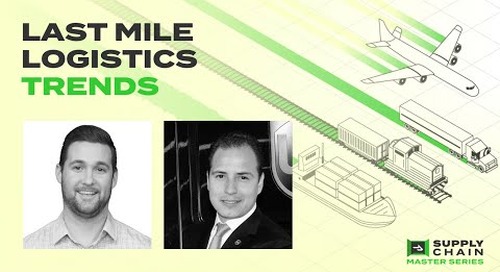 Learn how to set a better final mile shipping strategy with insights from two experts at Coyote and UPS. Supply chains have evolved, and it’s ne 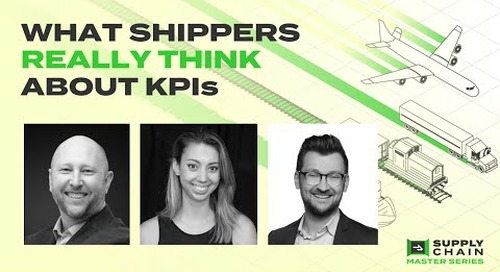 39:11
From Data Dump to Strategic Shipping: How to Take Action on Your Supply Chain KPIs

Logistics key performance indicators (KPIs) are an essential tool for monitoring & improving shipping operations. Learn from industry experts how to actually put them to good use. 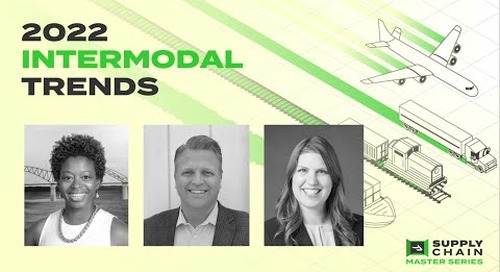 Railroad shipping — especially intermodal — was perhaps the hardest hit link in the supply chain throughout the pandemic. Learn from experts at the Union Pacific, COFC and Coyote in this session. 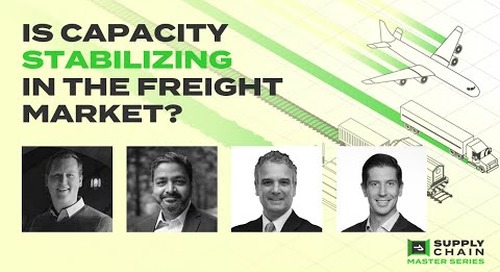 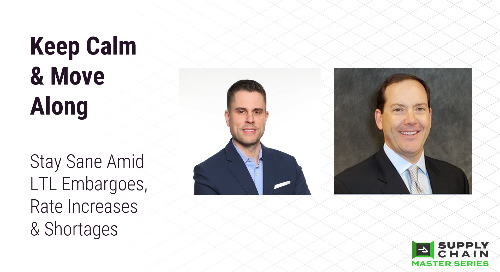 Watch industry experts break down everything you need to now about embargoes, rate increases and labor shortages in the LTL market in 2022. 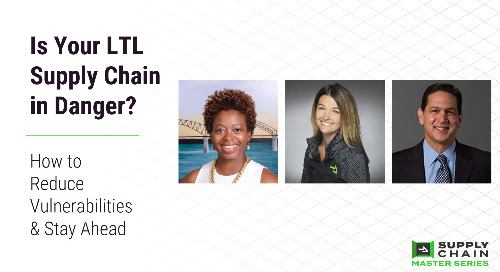 36:58
Is Your LTL Supply Chain in Danger? How to Reduce Vulnerabilities and Stay Ahead

If you haven't reconsidered your LTL carrier strategy recently, you need to. With so much volatility in the market, these industry experts will break down how to make a resilient LTL carrier base. 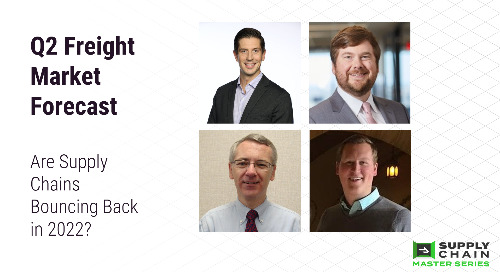 After two wild years, supply chains appear to be stabilizing in 2022. Will it last, or does supply chain volatility have more to throw our way? 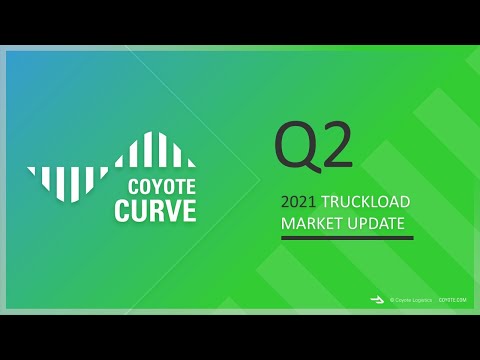 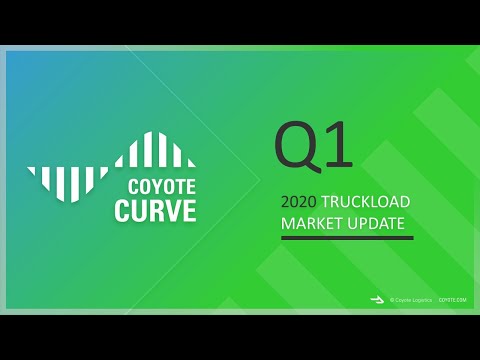 Join us for another quarterly update and forecast, where we'll discuss the current state of the market, our updated 2020 outlook, how new government regulations and a potential economic recession coul 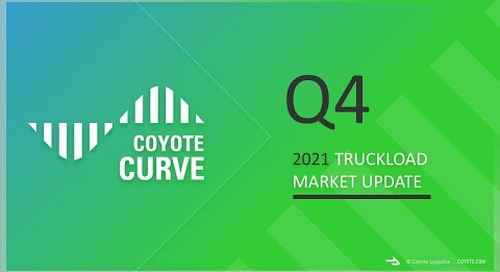 Volatility continues to rule the truckload market 20 months into the COVID-19 pandemic. Demand is rising, but carrier capacity, the supply side of the equation, has been suppressed by a number of inte 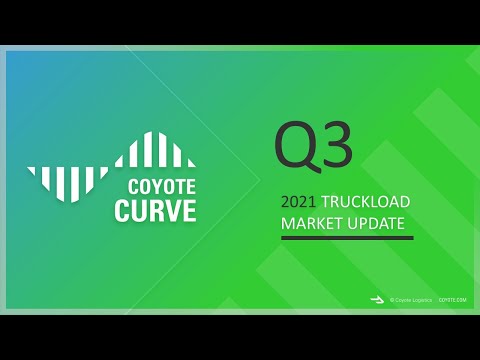 As vaccination efforts ramp up — both in the U.S. and across the globe — people are resuming their normal consumption patterns. But many supply chains are far from back to normal. Uneven openings, st 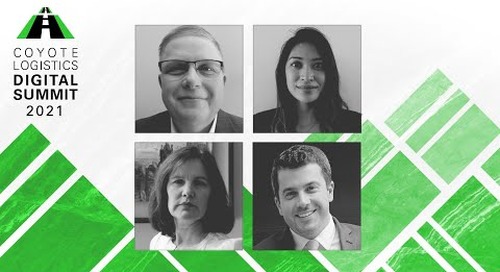 34:21
Don't Break Down at the Border International Shipping Mistakes to Avoid

Cross-border shipping is complex. Moving freight through multiple countries means dealing with multiple governments, cultures and languages. If you’re not careful, you can hit a snag with customs clea 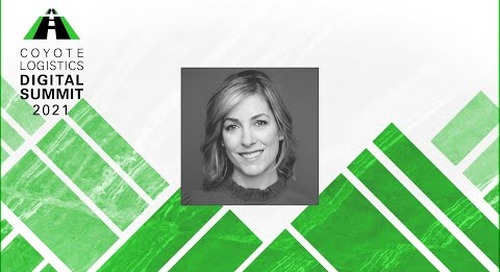 30:08
Is the Supply Chain Being Automated How COVID 19 Changed Shipping Forever

Supply chain automation. Big data. Digital transformation. These themes come up over and over again, but how are businesses actually applying these in their supply chain operations? How are decision- 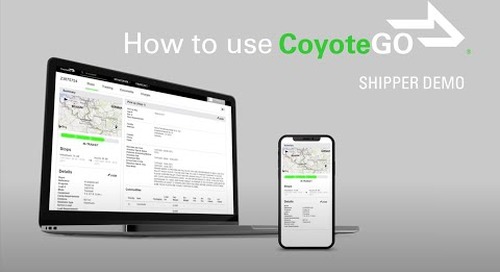 Sign up for free (it's fast & easy) to start quoting and booking your freight instantly: go.coyote.com/register/shipper/ Watch two experts from our product team walk you through the key benefits and 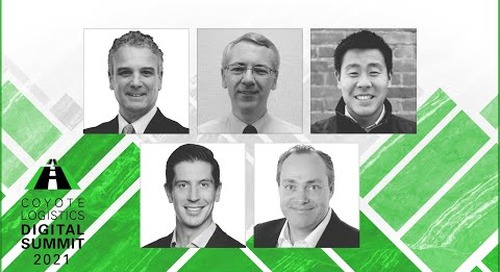 Freight markets have been on hot streak since last June. Rates have climbed higher as more freight entered the market and carrier capacity is still trying to catch up. But have we reached a market pea 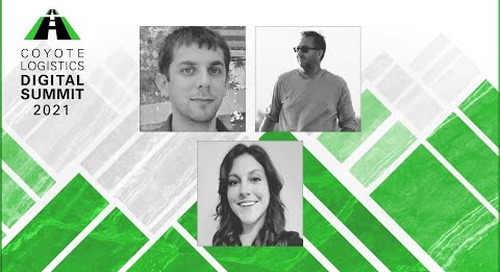 30:46
Expert Advice: How I Get Stable Freight Spend in a Volatile Market

Bootstrap Farmer is a fast-growing company that offers high-quality, affordable greenhouse equipment and custom greenhouses. These experts in DIY farming saw their business boom during the COVID-19 pa 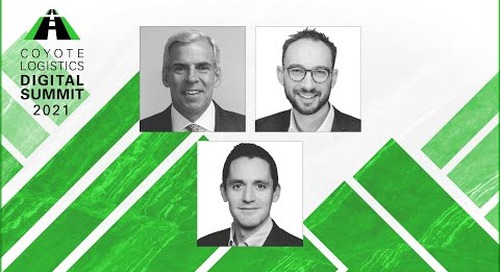 27:10
Transportation Policy in 2021: How to Navigate a Complex Regulatory Landscape

Like it or not, the U.S. federal government can have a major impact on shipping and transportation. Every supply chain professional should have a basic understanding of transportation policy, how it c 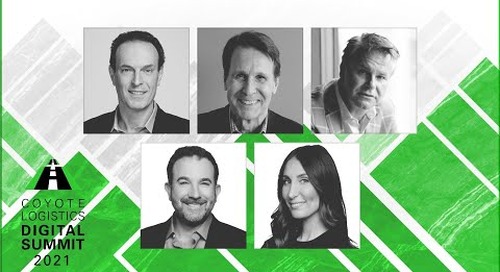 1:02:12
People & Technology: Why Every Supply Chain Needs Both How to Balance

COVID-19 drove an incredible amount of change, seemingly overnight, and supply chains were front-and-center. Businesses had to adapt to keep their freight moving. The pandemic drove digital transform 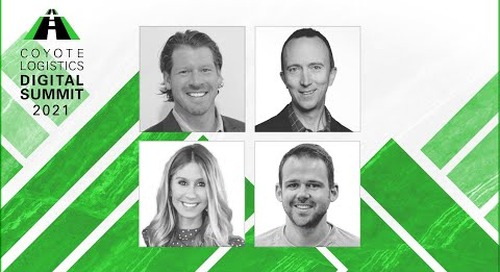 How many modes do you ship? Most strategic supply chains, even for smaller businesses, should use a blend of truckload, LTL and intermodal. Optimizing your shipping can save you money and, crucially, 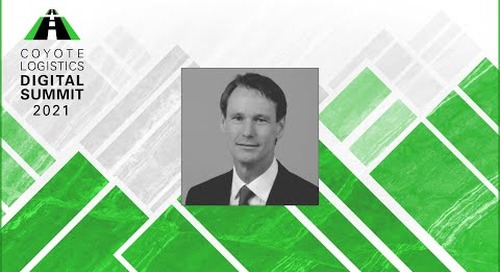 29:12
The Future of Logistics : Impact of E-commerce

As a result of the pandemic and the consequent rise in e-commerce, investments in warehouse automation and the digitization of supply chains have boomed. In this session, we will discuss the changing